Your screen is black, you’re waiting for a movie to begin, or a video game to load, and suddenly you notice odd stains or glow patches on your screen. It may suffer from what we call backlight bleeding. In this article, we’ll let you know what backlight bleed is, what are the causes for such condition and what are the similar problems that your computer, TV, smartphone, or laptop screen may suffer from.

What is a screen backlight?

First, you need to understand what a display is made of. Most modern computer monitors, TV screens, smartphone display, are made of two pieces of polarized glass, with liquid crystals between them. They are called LCD screens, where LCD stands for Liquid Crystal Display. On each piece of glass are electrodes that face each other two by two. The combination of a pair of electrodes facing each other and squeezing liquid crystals is called a pixel. When two facing electrodes are charged differently, it changes the orientation of the liquid crystal molecules. Seen through the polarized glass, this results in a change of transparency and a filtration of the color spectrum. This filtration is exploited by a white backlight, positioned behind the polarized glass panel. Simply put, that’s how an LCD screen displays an image. 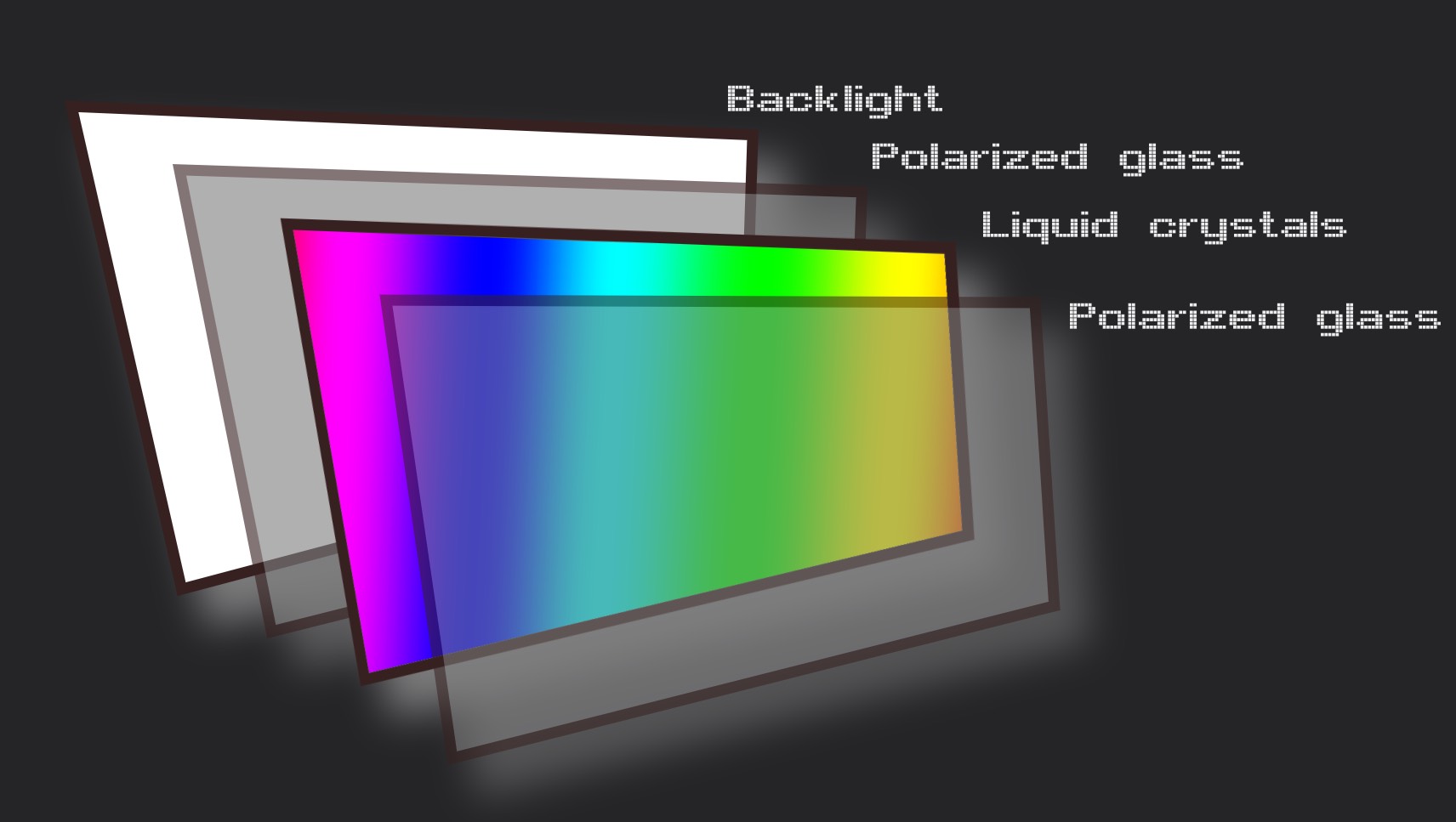 What is backlight bleed?

The ensemble described above, the two pieces of polarized glass and the backlight are tied together and sealed within the frame of your screen – be it a TV screen, a computer monitor, or else. Sometimes, you might notice that the backlighting is not even on all parts of your screen. This mostly occurs on the edges or on the corners, and results in parts glowing more than others. It is easily noticeable when your screen is displaying one single color, preferably dark. That unwanted glow is called backlight bleeding, screen bleeding, or monitor bleeding. Note that OLED displays are made from single-pixel LEDs that emit light and color and can separately turn on or off. Hence, no backlight bleeding can occur on that kind of display since no backlighting panel can exceed the edges of the glass pieces. 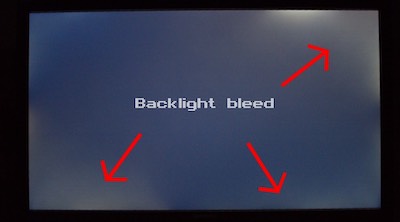 Backlight bleeding occurs when the light on the backlight of your PC screen exceeds the edges of the screen. The light that should solely pass through the screen now appears along the edges and causes uneven lighting. The glow, or the “bleeding” on the screen then mostly appears on the lateral edges.

How to fix backlight bleed?

Several techniques can be tried to attempt to fix backlight bleed.

1. Twist the frame of the screen

Sometimes, it is possible that the screen bleeding occurs because the backlighting panel is not set straight. Some edges may be further from the polarized glass than others, causing backlight bleeding. You might want to try to gently twist the frame of the screen, little by little, to see if the problem remains.

2. Fill the holes with electrical tape

Perhaps your display is screwed together too tight, making the backlight panel too close from the polarized glass. Loosening the rear screws tying them together might help reducing backlight bleed.

4. Clean the edges of your display

The bleeding might also be caused by stains or dried liquid or grease on your screen. Making sure your screen is as clean as possible, especially around the edges, can sometimes help addressing backlight bleeding issues.

If none of these methods worked for you, then, perhaps an acceptable solution can be diminishing the lighting of your screen. Doing so, the backlight bleed impression might be dimmed.

There are several screen defects that can cause monitor problems similar to backlight bleed, but with different causes:

IPS (In-Plane Switching screen) are special LCD screens that aim to correct poor vision angles that sometimes affect LCD screens. They thus offer wider vision angles than LCD screens. Also, they are known to correct the dark corners that some LCD screens may have. As a drawback, some IPS monitors suffer from overcorrection. Some glow can appear on the corner of the screen. You can differentiate IPS glow from backlight bleed two ways. First, IPS glow is located mostly on the corners of the screen, while backlight bleed occurs on the edges. Then, since IPS glow is a correction of the viewing angles, its intensity should differ depending on where you look at the screen from. On the contrary, backlight bleed retains its intensity wherever your gaze comes from. IPS glow can never be completely avoided on IPS displays; this phenomenon is simply part of this screen technology.

As we have told you earlier, an LCD screen is made of two pieces of polarized glass separated by liquid crystals. When enough pressure is applied on the screen, some crystals may be permanently damaged, leaving a stain on the screen. Hence monitor clouding generally comes from incautious manipulation of the display. The damage is permanent, and nothing can be done to fix it.

Screen burn-in or ghost image are remanent images that stain monitors. They generally occur after a screen has displayed the same image for too long. Such image becomes “engraved” on the display, and might appear at unwanted occasions, through the actual image being displayed.

It is sometimes possible to solve the burn-in problem. If your screen is an LCD, its crystals might be burnt by the backlight. Try turning off the screen for a few days or diminish the brightness of your monitor. If you have an OLED display, try displaying an all-white video for a few days straight to “reset” the pixels. Caution: doing so might only work for OLED display

Sometimes, you might notice that one or several pixels are not displayed correctly. You may then see little dots on your screen that should be of a different colors. Check our our other website DeadPixelTest.org with all the required information to perform a dead pixel test.